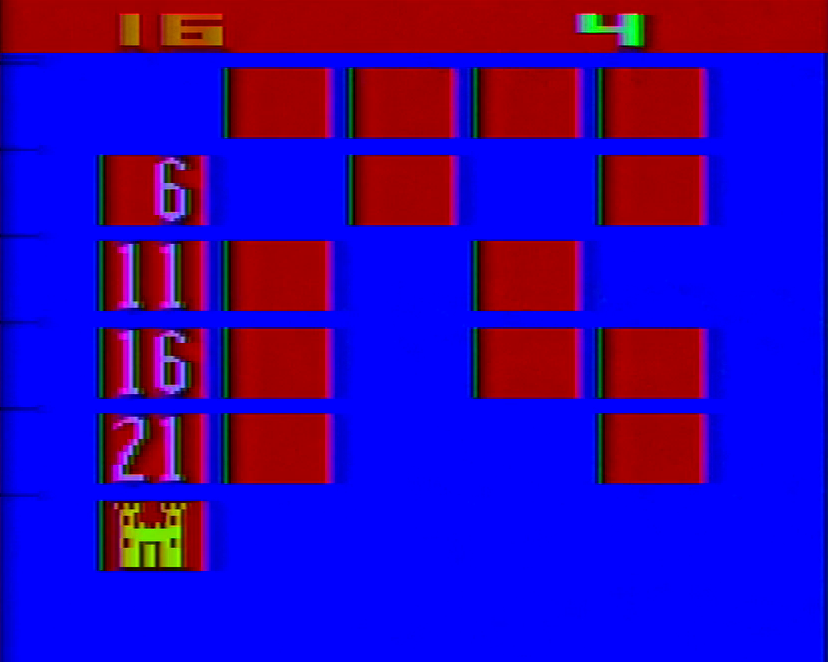 If you’re going to sell a specialized controller, it’s important to ensure you have games that are going to make good use of it. It’s unlikely that Breakout would have worked particularly well if it didn’t have the paddle controller, and Brain Games makes excellent use of the keyboard controller to allow the player to tap a specific key to do exactly what they want. Which brings us to today’s game, Alan Miller’s Hunt and Score: the game uses the keyboard controllers pretty well, but it probably could have worked just fine without them.

Hunt and Score is the VCS take on a memory match game, which is not coincidentally the title Sears sold it under. You’ve got an array of squares, each with some kind of object underneath. The player’s goal is to match two identical objects in a turn. This incredibly simple concept has likely existed for at least as long as playing cards and their equivalents have, with the card game known under the title Concentration. And here, Miller brings that card game to the home console, without any need to shuffle a deck or clean up afterwards.

END_OF_DOCUMENT_TOKEN_TO_BE_REPLACED 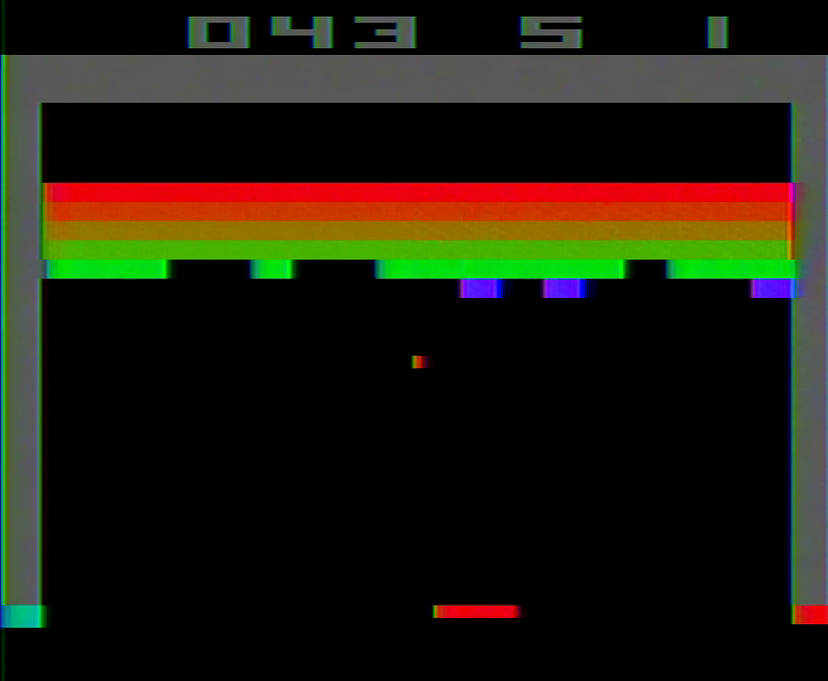